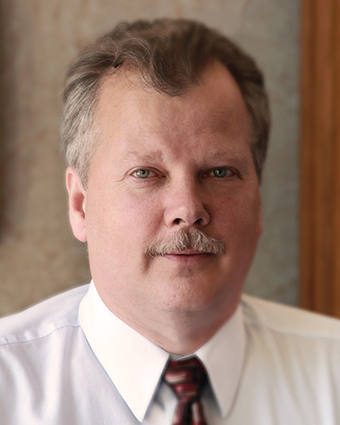 The upside down housing market

MarketWatch declares that we are in a “housing recession”. Or maybe more accurately, the rents are too d*mn…weird. Zillow says the recent spike in rent inflation is on the decline (well, it’s rising more slowly, but note: it’s still rising). Conversely, the consumer price index shows that rents are rising at a steady rate and have so far reached their highest level since the 1980s.

Single-family properties have added additional dimensions of pressure and the result of all this is a market governed more by fluid dynamics than sound economic principles.

Location, location, location
Of course, where you live will make a difference. According to Redfin, the highest median rent rose 15% to just over $2,000…and Boston renters (and landlords) are laughing sardonically, as rents rose 17 ¾% to double that number.

It also depends on whether you are a new tenant. Unlike normal goods and services in a market economy, where everyone simultaneously experiences price changes, new tenants are immediately confronted with these current rents. Tenants with existing leases and agreements are locked in at lower rates, at least for now; they may still have time for rents to stabilize. Or not.

And it’s all driven by demand, and here’s a kaleidoscopic collection of inputs.

Inflation, inflation, inflation
Doctoral level knowledge in differential calculus would be required to calculate the vectors influencing inflation: the demand induced by an emergency pandemic, the increase in the money supply, the disruption of global transport also due to the pandemic and the effect of war in Ukraine on food supply. and energy delivery.

The Fed, with only a hammer in its toolbox, raised the discount rate, which immediately hits mortgage rates, depressing housing starts and private homeowner demand.

All of these reduce inventory on the open market.

Each of these economic wounds came as a surprise; the aggregate adds to the complexity – and the difficulty of managing it.

The result is a distorting field of potential homeowners who are pushed into the rental market, increasing demand and reducing the supply of potential single-family home buyers.

Expect. Low demand… and high prices?
But now, the counterfactual: Falling demand for single-family home purchases hasn’t led to lower prices, regardless of interest rates, which CBRE says will (must, in its view) rise. until mid-2023.

It’s hard to keep heads from spinning when the National Association of Realtors also reports existing home sales are down 20% year-over-year and 5.9% June-July…but prices still increased by 11%. Properties have only been on the market for 14 days as active listings (supply) are up 30% year over year.

Still, enrollment has not reached the levels of two years ago and is well below pre-pandemic levels. When looking at more historical trends, there is half of the supply in 2019, hence the increased pressure on landlord prices as well as rents.

And much of that supply is bought by LLCs who pay cash (or someone else’s money), not by friends and neighbors who might otherwise have become owners. instead of tenants.

Will the ripple effect become a tsunami?
The greatest impact of this pressure is on families – the demographic group most vulnerable to a number of poor outcomes and least able to compete financially.

Families with children are downsizing in small apartments – and outbidding what is available. After that, it could be a motel, a car…or some other place altogether.

This impact is measured in school enrollment, which is declining in many places as families are replaced by a childless professional class that can afford these suddenly increased costs.

Thus a flourishing economy like that of New England in general, that of Boston in particular, can still lose population. It’s not good politically – and these amusing market distortions that work will eventually impact real estate and adjacent businesses, depending on how fierce the eventual correction will be.

Some New England locations, particularly the Gateways, are already at the point of breaking glass pulling leverage and discussing emergency solutions that will be enforced through civic action. There is serious talk of rent control and zoning changes, with these having an increased likelihood of becoming a reality.

MBTA communities have already been ordered to zone multi-family housing of a substantial number of units – which must include “affordable” options with an emphasis on transportation-oriented design.

That is, overheated markets, combined with overheated policies designed to level the playing field, will do nothing to mitigate rising temperatures due to climate change. But that will give us something else to think about.