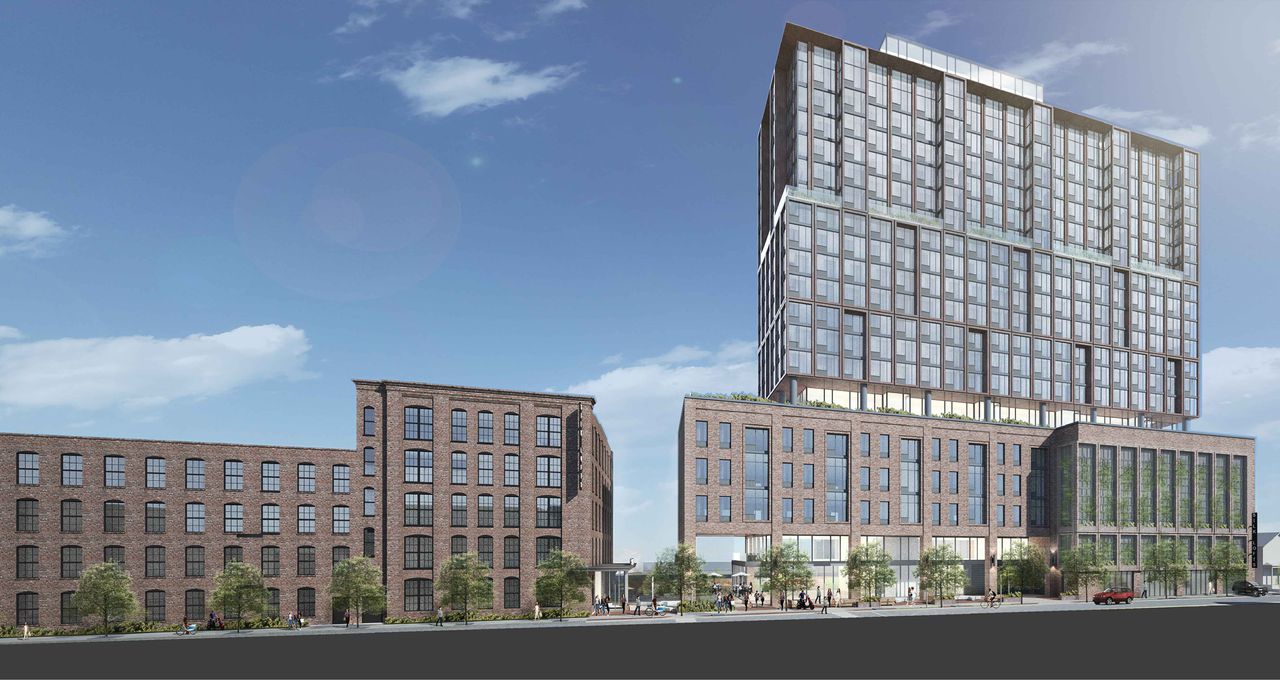 The 18-storey project is closing in on approval, but there’s no end in sight to Bayonne’s development ‘pause’

One of the first big decisions Bayonne Mayor Jimmy Davis made during his re-election campaign was a kind of about-face.

The mayor, who had rarely, if ever, expressed concern about the rapid pace at which new apartments and condominiums were being approved across the city, called for a pause in new large-scale developments.

Specifically, he said the city council would not vote on any new tax deal or payment in lieu of taxes (PILOT) agreement, during the hiatus, and that his administration would simultaneously conduct a study to determine the impact of planned developments “as well as a study of developable land in the community, rental occupancy rates, demand for new housing and other factors”.

This pause remains in effect and will likely last for several months since the study is not yet underway, said City Council Speaker Gary La Pelusa Sr.

But development projects are progressing within the city’s planning board, and what will happen with those remains a gray area, La Pelusa said.

Does the pause apply to any project that has not yet started construction? Or are there other considerations? The city must work to define which projects the pause will apply to, La Pelusa admitted.

“If we’re saying we’re not giving them the right to start building yet, that’s where we need to be more diligent as a city,” he said.

The city’s legal department did not respond to questions about the status of the redevelopment pause.

An 18-story expansion of Avenue E The Silk Lofts housing development was on the Planning Board’s agenda when Davis called the hiatus. The project would be among the tallest buildings ever approved in the city, and he specifically asked the city council to vote against a PILOT deal for the 286-unit project.

The city council tabled the vote for four consecutive months and the item has not reappeared on the agenda since.

But after several meetings of the Planning Board during which the project was carried, it was finally reviewed and approved last week.

The traditional next step would be for the city council to approve it, which La Pelusa said it expects to happen. Whether he is allowed to continue from there, despite the break, is part of the gray area, he said.

“I don’t know what the definition of things that have already started is,” the chairman of the board said. “For me, they hadn’t received Planning Board approval yet (when the break started), so I think that would be one of the things that would have to wait for the study.”

The municipal council voted during its meeting of July 20 meeting to authorize the study of Bayonne’s state of development. It will specifically assess how many residential units have been built in multi-family homes since 2015, how many are occupied, and how many more units are planned for the next two years. The study will also discern the tax revenues generated by these developments since 2015.

A handful of people will be involved in collecting the data, the resolution says, including the Bayonne tax collector, tax assessor, redevelopment adviser, financial analyst and property valuation expert.

The resolution was adopted unanimously.

The great stay on site! Tenants choose to renew their lease rather than move