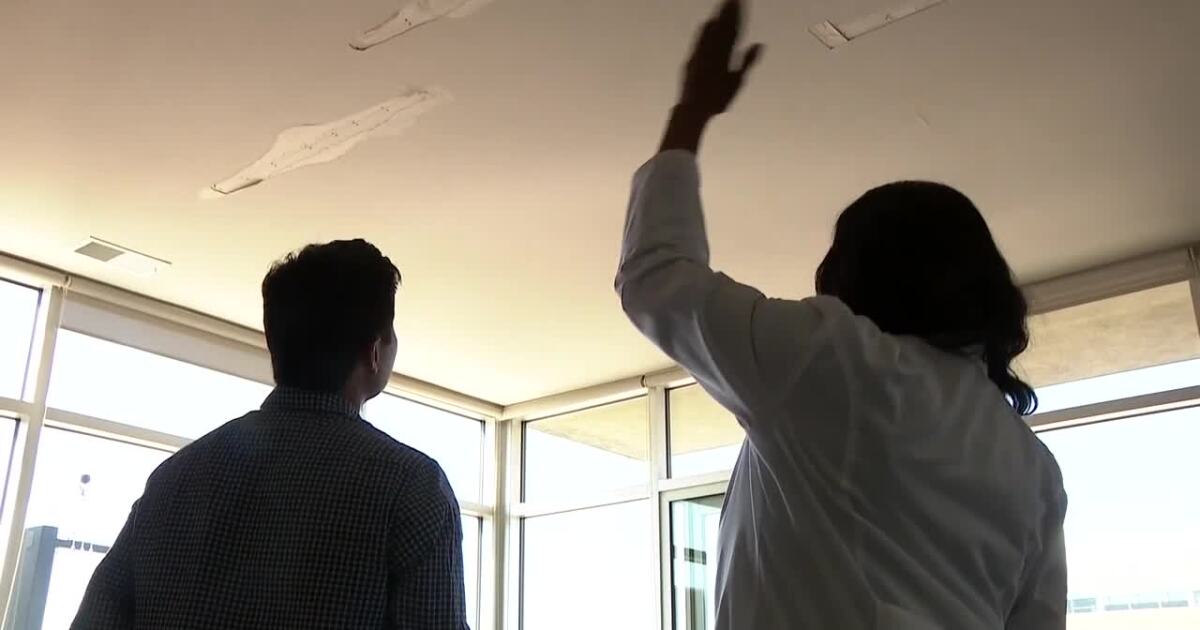 DENVER — There were a few downsides to Monday’s much-needed rain. Along with street flooding that affected residents of Broomfield and Lafayette, several metro Denver tenants sent Contact Denver7 a video showing water seeping through ceilings in their apartments.

Barbie Ross says she was frantic when she noticed water dripping from the ceiling of her apartment at Lincoln Station Lofts in Lone Tree on Monday night. The video shows part of her ceiling bubbling, prompting her to call 911.

South Metro Fire confirms they responded to their apartment for a “water problem”.

Ross says she’s been staying in a hotel since because she doesn’t feel safe in her unit.

A spokesperson for Lincoln Station in Lone Tree released a statement, saying in part, “Resident has been advised that the property will pay for her hotel for 3 days, damage to her living room is being repaired.”

Apartment complex staff do not believe any other units were damaged during the storm.

Ross isn’t the only tenant dealing with the aftermath of the storm. Erin Polsfoot also reached out to Contact Denver7 with an almost identical situation.

“There was just water that started pouring out of my light fixture. And it was terrifying because the electricity and the water [dangers]”, Polsfoot told Denver7. “Then after it started happening, it started leaking everywhere, coming out of that sprinkler. It was spilling all over my stove, then it was coming out of the fire alarm. And I didn’t know what to do and I panicked.”

Polsfoot felt unsafe and booked a stay at a nearby hotel.

“I don’t want to live here. I would like them to terminate the lease at this point and then I’ll move out at the end of the month and move somewhere else to live,” Polsfoot said.

Ross is also interested in getting out of her lease after the incident, but as attorney Bryan Kuhn points out, it’s a complicated situation.

But, the conversation changes if an inspector finds no negligence or fault on the owner’s side.

“The tenant could get screwed over in this type of situation where, again, no fault of the landlord and someone had to move out. One would hope, through dialogue and discussion, that some sort of professional accommodation could be achieved,” Kuhn said.

Kuhn’s biggest advice to renters is to make sure you have renters insurance, as this can help cover hotel costs and damage to any personal property in an incident like this.

Editor’s note: Denver7 is seeking advice and public input to help those in need, solve problems, and hold the powerful accountable. If you know of a community need that our call center could address, or have an idea for a story for our team of investigators to pursue, please email us at [email protected] or call (720) 462-7777. Find more stories from Contact Denver7 here.