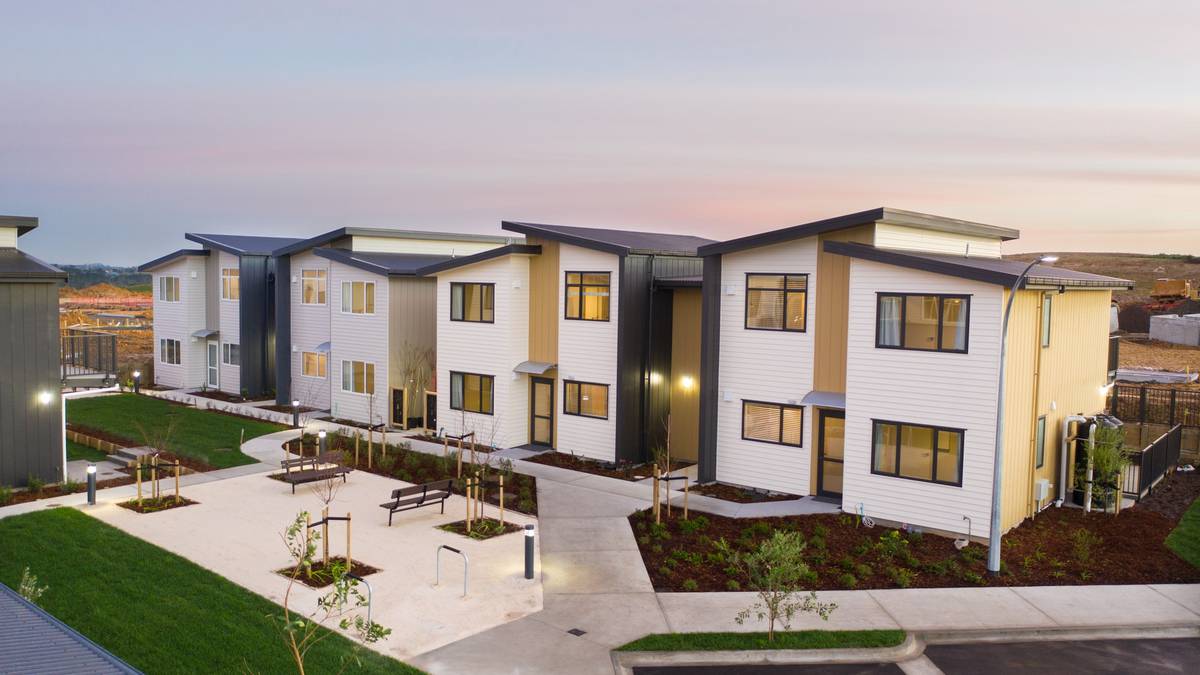 Positive Capital said it has been joined by investment firm Alvarium and supplier KiwiSaver Pathfinder to build $ 200 million in new public housing as part of a private equity program.

The company said it has developed an equity program for registered community housing providers involving Positive Property investing 50% of the purchase price in equity, with its associated community financing lending 40% in debt.

By contributing 90 percent of the initial cost of each home, community housing providers can meet this growing need on a vastly increased scale.

The $ 200 million could be used to build up to 400 new public houses, Positive Capital said.

The program has made it possible to build new homes now, while focusing on long-term growth in the balance sheets of major charities, he said.

This implies that the community housing provider owns half of each property and that Positive Property owns the remaining 50% from day one.

During the life of the program, the community housing provider repays its 40 percent debt and then has a first right to purchase the remaining half of Positive Property.

Community housing providers are funded through long-term agreements with Te TÅ«Äpapa Kura KÄinga – the Ministry of Housing and Urban Development.

In addition to pledging to invest in Positive Property, Pathfinder is a leading investor in Community Finance’s Aotearoa Pledge, which has raised $ 71 million in investment pledges this year to tackle the housing shortage. in New Zealand.

Palmer said the combination of equity from Positive Property, debt through community funding, and social services from community housing providers, all backed by long-term government funding, would boost the supply of new public housing.

“We created Positive Property to work alongside and support the government’s significant investment in public housing, with the common goal of providing more affordable housing to those who need it most, while providing investors with returns. on the market and social, on a large scale, â€he said. in a report.

The investors are co-owners of community housing through Positive Property in partnership with the main housing charities.

Investors receive quarterly payments on net rental income, a share of capital gains, and rent received is adjusted for inflation annually for the duration of the service contract.

Community Finance was launched in 2019 and currently has advanced loans of over $ 90 million.