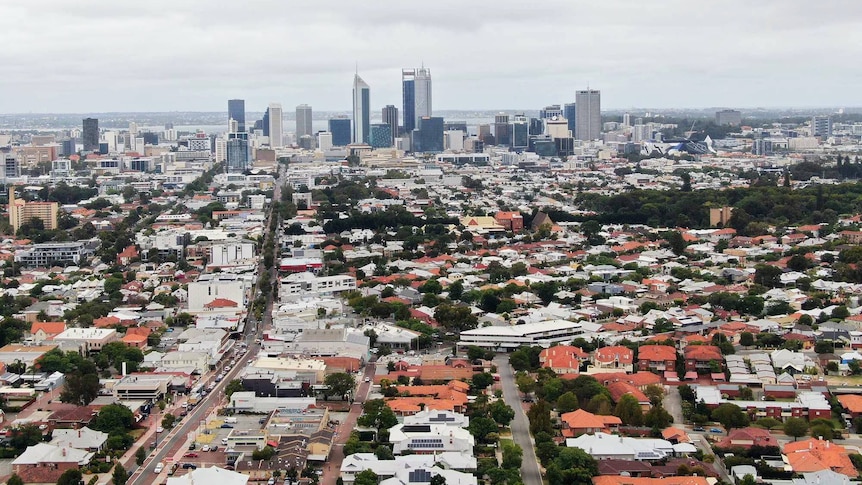 The vacancy rate for rental accommodation in Western Australia has fallen to its lowest level in more than a decade, as experts warn of more pain to come for those struggling to find a roof over their head.

CoreLogic data shows that the vacancy rate for homes and units in the greater Perth area has fallen to 0.6% and 1%, respectively, as the construction sector struggles to keep up with demand from interstate and foreign migrants who have flocked to Western Australia over the past two years.

It is the lowest level recorded by the data company in its current “streak”, which dates back to 2009, with the crisis expected to worsen as more workers head west to fill the shortage of skills.

Those who do manage to find a rental have to shell out more, with data released on Thursday showing rental prices in Perth rose another 0.9% in August, taking the annual rise to 8.5%.

Shannon Hubble has lost count of the number of properties she has visited in the past nine months in an effort to find a rental for her family.

Her family has been separated as a result, with Ms Hubble and her two young daughters living with her mother, while her partner and their pets sleep with her parents.

“It’s so difficult, there are no other words for it,” Ms Hubble said.

“I went on a visit to Middle Swan the other day and there were 50 people there with cars parked all along the road, it’s just awful.

“I’ve applied for houses in Mandurah and even Geraldton, Jurien Bay and even done virtual tours in Bunbury and I’m just getting to the point where I think I’m giving up but I want what’s better for our daughters and I want to live together as a family.

“I have a full rental history and that’s fine, but agents say people don’t want pets or young children.”

The influx of migrants adds to the shortage

CoreLogic’s Eliza Owen said an increase in interstate migration, coupled with the recent return of foreign migrants, has put severe pressure on the rental market.

Western Australia saw its largest influx of interstate migration in the last quarter of 2021, with more than 13,000 people moving west following prolonged lockdowns in New South Wales and Victoria.

“You had quite a long period of people leaving Western Australia for other states and territories and that reversed from the end of 2020,” Ms Owen said.

“On top of that, we’ve seen shared homes split up due to COVID with a lot of people moving into their own space, so that trend has also really eaten up a lot of additional rental properties.”

A drop in property prices ahead of the recent recovery also dampened investor interest in Perth, which affected supply.

The rental crisis will get worse

Real Estate Institute of WA (REIWA) president Damian Collins said there was a ‘severe’ housing shortage in WA, with just 1,905 rental properties advertised – the lowest number in more than a decade .

The last time weekly active listings fell below 2,000 was in November 2010.

“The situation has gotten worse and will likely continue to get worse as most people entering WA through migration programs will be renting in the first place,” he said.

“The real problem is that the construction industry simply does not have the capacity to build the houses as quickly as we need them, which has been driven for five or six years by a very deep downturn in the housing market. housing construction.”

Mr Collins said many families were also stuck in rentals due to major delays in building projects, which had been exacerbated by building subsidies aimed at keeping the industry alive during the pandemic.

“It’s a real blocker, so we might see some improvement there when some of that housing is finished over the next six to nine months,” he said.

“But at the same time, if we welcome another 30,000 migrants over the next year, most of them will want to rent first.

“So for every person coming into the new homes being built, we’re likely to see at least one to two other people coming in who want to rent.”

Shelter WA CEO Michelle Mackenzie said there was an urgent need “to have all options on the table when it comes to unlocking a more affordable rental deal”.

“We are incredibly supportive of the state government’s commitment to increasing social housing and are confident that partnering with the community housing sector will help accelerate the delivery of much needed housing,” she said.

“We also strongly support measures to stabilize rent increases in the long-awaited reforms to WA’s tenancy laws, which would bring so much comfort to WA’s 700,000 tenants and mean fewer people would be forced out of their tenancies. and ending up homeless with skyrocketing rents.”

What will happen to property prices in Perth?

Western Australia fared better than most other states and territories, where rising interest rates drove property prices down.

Data from CoreLogic shows that while house prices fell 5.9% in Sydney and 3.8% in Melbourne in the three months to August, they rose 0.4% in Perth.

Mr Collins said WA’s strong economy, housing shortage, higher incomes and the fact that Perth has the lowest house prices of any capital city will continue to cushion the blow of rising interest rates. ‘interest.

“Property prices are lower, so mortgages are lower, and the average income in WA is higher than in all the capitals except Canberra,” Mr Collins said.

Mr Collins predicted demand would remain strong with just 8,000 properties advertised for sale, which had only happened twice in a decade.

“Half the homes sell in two and a half weeks, so that certainly doesn’t reflect a buyer’s market; it’s still a seller’s market there.”

“Obviously interest rates will have an impact, but we know roughly where they’re probably going and they’ll probably go up another 1%,” he said.

“The big X-factor will be population growth; that will be the real problem because the CCI tells us there are around 60,000 jobs in WA,” he said.

“If we picked up an additional 30,000 to 40,000 migrants out of this national total of nearly 195,000 that they are targeting, that would certainly put significant upward pressure on the housing market.”

WA “not immune” to price drops

However, CoreLogic’s Eliza Owen said house prices in Perth were likely to fall further in the coming months and into 2023, after falling slightly by 0.2% in August.

“While Perth has been relatively resilient in recent months, I don’t think it is immune to house price drops amid rate hikes due to the aggressiveness of these rate hikes” , said Ms. Owen.

“We saw a slight decline in house values ​​in Perth in August and this is something that could continue to accelerate over the coming months as rates continue to rise.”

However, she expected the drop to be less severe than cities on the east coast, with price drops in the single digits or 10% at most.

She expects the market to begin to recover towards the end of 2023 and into 2024 as the cash rate stabilizes.

Those struggling to break into the market can take comfort in data showing that the rate of growth in house prices has slowed over the past decade.

“The big winning decade for Perth property was certainly this period 2002-2012, which seemed like a one-off transformation of the state, with housing values ​​in Perth more than doubling between January 2000 and 2007,” said Ms. owen. .

“The Perth market will remain linked to what is happening in the commodities space, especially with the number of jobs it generates across the state.

“It’s almost reminiscent of the huge mining boom period, but it’s on a much smaller scale this time around.”

New rental? How to turn a bland space into a personal refuge

Maybank will move its headquarters to Merdeka 118 in 2025, The Edge report confirms