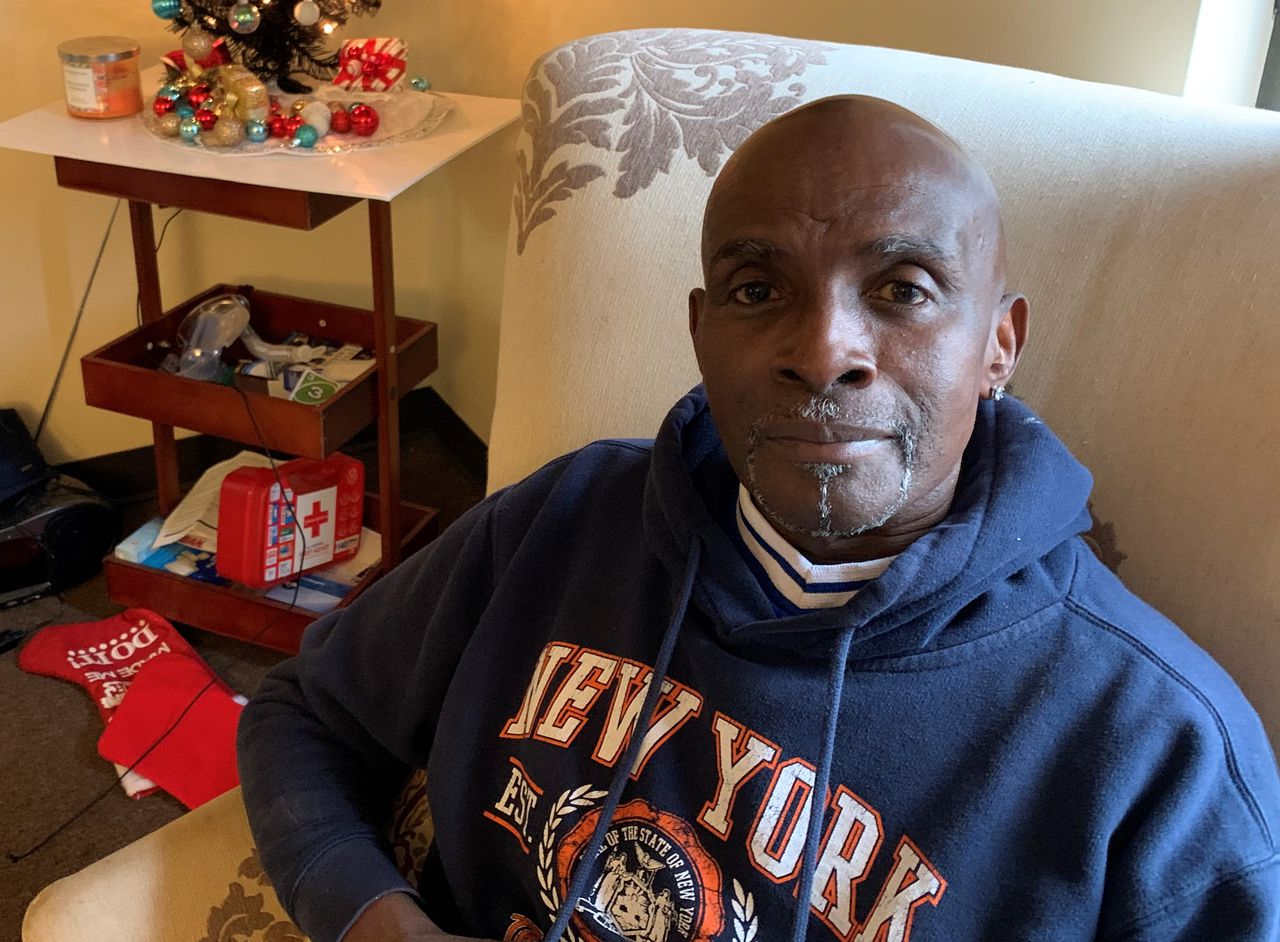 Syracuse, NY – Anthony Bibbs says he faces eviction from McCarthy Manor because he complained to the city’s code enforcement office about problems with the roof of the senior housing complex and has questioned a rent increase.

Bibbs is the president of the housing complex’s tenant group. He asked management to look into why the roof was leaking multiple times this fall, he said.

When they did nothing, he called code enforcement, he said.

“People have complained that when it rains, it rains inside their apartment. I kept trying to get into the office,” said Bibbs, who is 64 and undergoing treatment for prostate cancer.

He received notice that he was in breach of his lease shortly thereafter. The notice says he’ll be kicked out, but it doesn’t give a time frame. Bibbs said he retained an attorney to help him.

Dan Bank, a spokesman for the apartment complex, said the company was not targeting Bibbs because he complained.

“Any allegation of retaliation is false,” Dan Bank said.

Bibbs also said he was trying to let tenants know they didn’t have to sign any paperwork regarding a rent increase, which apartment complex management didn’t appreciate.

The lease breach notice accuses Bibbs of yelling at the apartment manager and interfering with the rent investigation process. At some point, the management company called the police on Bibbs, both parties said. Bibbs has not been charged.

Bibbs and Syracuse Tenants Organizing for Power, a tenant rights group in Syracuse, both said the retaliation extended to other tenants at the senior housing complex.

The management company has drastically reduced the opening hours of the community hall and closed the bathrooms on the first floor. Several tenants have had problems with rodents, cockroaches and leaks, Bibbs and the tenant group said.

Bank said the community hall and bathrooms were closed at times to accommodate Covid-19 concerns. He said the other claims about cockroaches and rodents are false.

Greg Loh, a spokesman for the mayor’s office, said there was an open codes case at the complex with two violations, which are related to a plumbing issue in an apartment. Bank said the violations have been corrected and are awaiting re-inspection by the city. There are two other complaints code inspectors will investigate this week, Loh said.

The city is sending its HOME unit, which includes personnel from code enforcement, the police department, the fire department, the legal department, to the building this week. The unit was created to deal with the problems of high occupancy apartment complexes in the city.

“The allegations of retaliation are concerning and potentially serious,” Loh said. “We are following up with our Fair Housing and Tenant Rights partners to ensure residents are represented and protected.”

Deportations on the rise months after federal moratorium ends

Onondaga County has stopped taking requests for rent relief at this time; it may be out of money

Which retailers fell behind on rents last year? Theatres, gymnasiums and Victoria’s Secret

Sponsored Content: Personal Loans — Why Should You Get One?