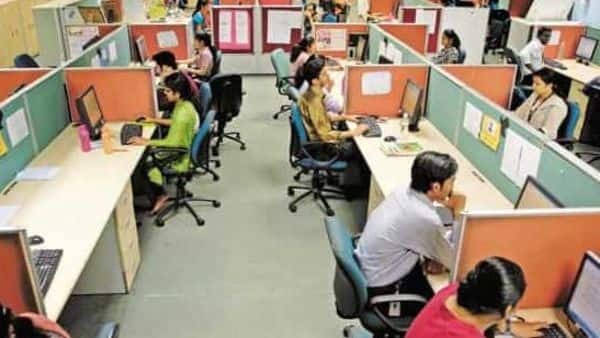 It comes as occupants halt expansion and expand work-from-home options due to the severity of the second wave of covid-19, according to the India Market Watch report by real estate advisor Savills India.

Uptake for the June quarter was down 65% from the March quarter, which had started to show green shoots of recovery.

Bengaluru, the country’s most preferred technology-driven commercial office destination, led rental momentum with 4.1 million square feet, or about 37% of overall absorption in the first six months of 2021, while Pune recorded the lowest rental volume and the largest decline among the top six cities.

“There was an optimistic note for the start of 2021 with a business recovery and normalcy in sight. However, the second wave of the pandemic and the lockdowns that followed forced most organizations to revert their work-from-home policies, dampening general sentiment in the office market. However, I think this is a temporary break. With the strong vaccination campaign across the country and the Indian office market being fundamentally driven by a booming IT sector, I hope we can return to the previous growth path over the next two quarters, ”said Anurag Mathur, Managing Director, Savills India.

In the first half of the year (H1) 2021, the overall vacancy rate increased to 16.2%, the addition of supply having been faster than the rental activity. Prime locations with limited availability have seen stable rents, while a few micro-markets have seen sharp declines, with landlords showing flexibility in securing new customers.

Physical office occupancy has been considerably low since the start of the pandemic last year, but was gradually approaching normal at the start of this year. However, the second wave again not only created uncertainty in the demand for office space, but also dampened the eagerness of large multinational occupants to occupy new space in India.

In the National Capital Region (NCR), Noida Extension and Golf Course Extension maintained their grip, but the overall vacancy rate rose to 22% at the end of June as rental dynamics failed to keep up. the pace of completions and several occupants have reviewed their real estate footprint.

Mumbai recorded 1.4 million square feet of gross absorption, a decrease of 39% from the first half of 2020, resulting in a decrease in rentals of 5%. The vacancy rate rose to 20.4% as occupants moved to smaller offices, giving up space in difficult market conditions.

Despite the ongoing pandemic, information technology (IT) users continue to dominate demand, followed by the banking, financial and insurance services segment, according to the report. The IT sector has increased absorption and holds 51% of the rental share, but their combined share of around 63% is the same as in the first half of 2020.

Bengaluru, Hyderabad, Mumbai and Pune saw an increase in project completions compared to the same period a year earlier, due to delayed supply being completed, according to the report. Bengaluru accounted for 36% of the new offering, followed by Hyderabad and NCR at 28% and 22% respectively.

* Thank you for subscribing to our newsletter.