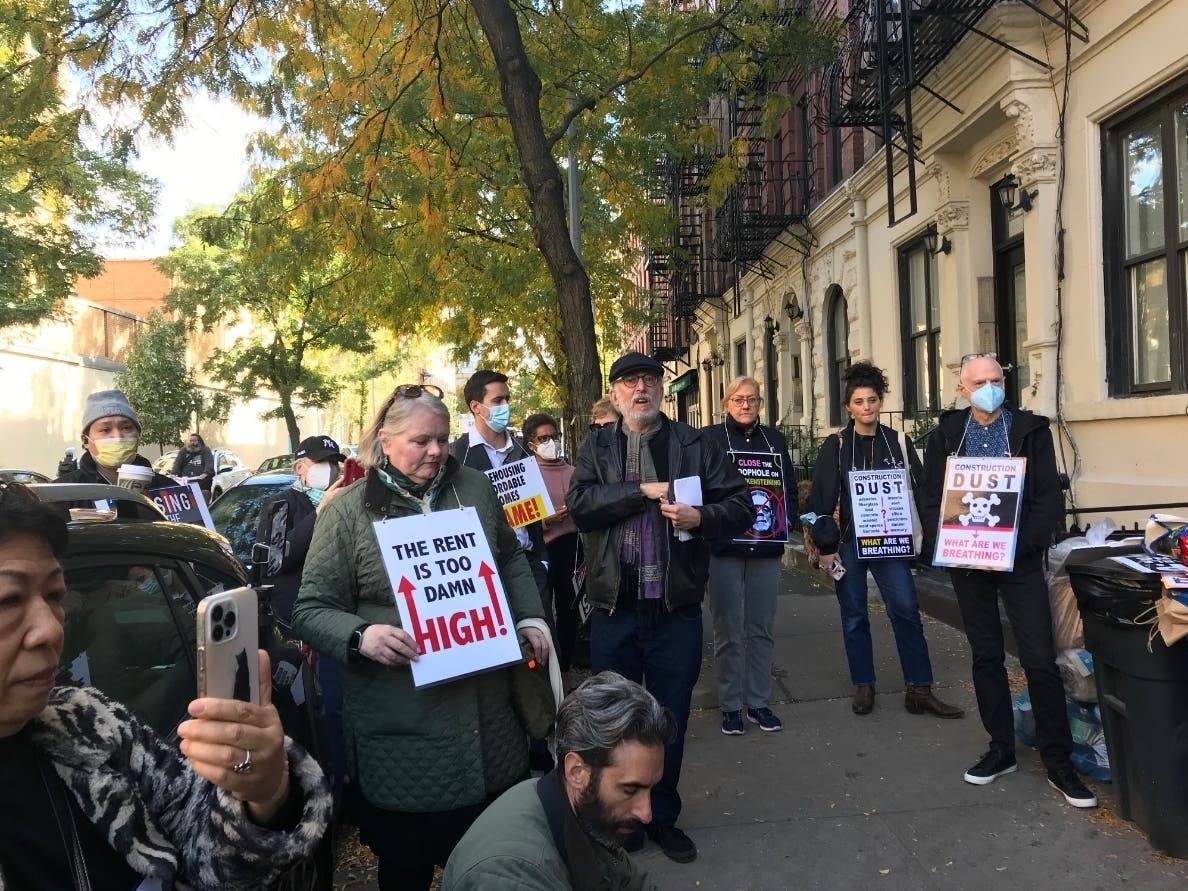 MEATPACKING DISTRICT, NY – Tenants in the Meatpacking District, neighborhood groups, local elected officials and housing coalitions gathered outside a building on 17th Street on Wednesday calling for safe repairs and better living conditions after being “subjected to a deluge of construction problems”.

Leading the charge was the 336 W. 17th St. Tenant Association, which has been battling in court since 2016 with its owner, the Besen Group, which purchased the building in 2016.

When purchasing the building, the tenant group claims that the landlord did not renew existing tenants’ leases at the building’s market rate and began renovating empty apartments and common areas of the building. ‘building.

“Tenants’ quality of life and quiet enjoyment of their apartment deteriorated significantly when construction began,” a press release for the rally read.

Additionally, the tenants claim the landlord failed to honor a 2020 agreement in which the Besen Group agreed to make improvements to the building and improve its level of maintenance.

“We were promised renovations to our apartments in 2020,” said Calder Singer, tenant at 336 W. 17th St. “Nearly three years have passed and those renovations haven’t happened. We have had a superintendent, as required by law, clean the building and be available in case of an emergency. For six years, this is no longer the case.

The Besen Group did not immediately respond to Patch’s request for comment.

Recently, tenants say all residents of the 17th Street building were relocated for two weeks while renovating the public hallway and stairs, but when they returned the apartments were covered in white construction dust and there were gaps between the ceiling and the heating pipes.

Local elected officials are also on the tenants’ side, including councilman Erik Bottcher and state senator Brad Hoylman.

“Tenants at 336 West 17th Street fought for their right to safe and healthy homes
for over half a decade and I’m proud to stand with them in demanding action,” City said.
Council Member Erik Bottcher, in a press release. “Every New Yorker deserves a landlord who is responsive and delivers on promised renovations, adequate heat and hot water, and who can live without fear of reprisal.”

Other groups that attended the rally included the Cooper Square Committee, Take Root Justice and the Stand for Tenant Safety/End Apartment Warehousing Coalition.