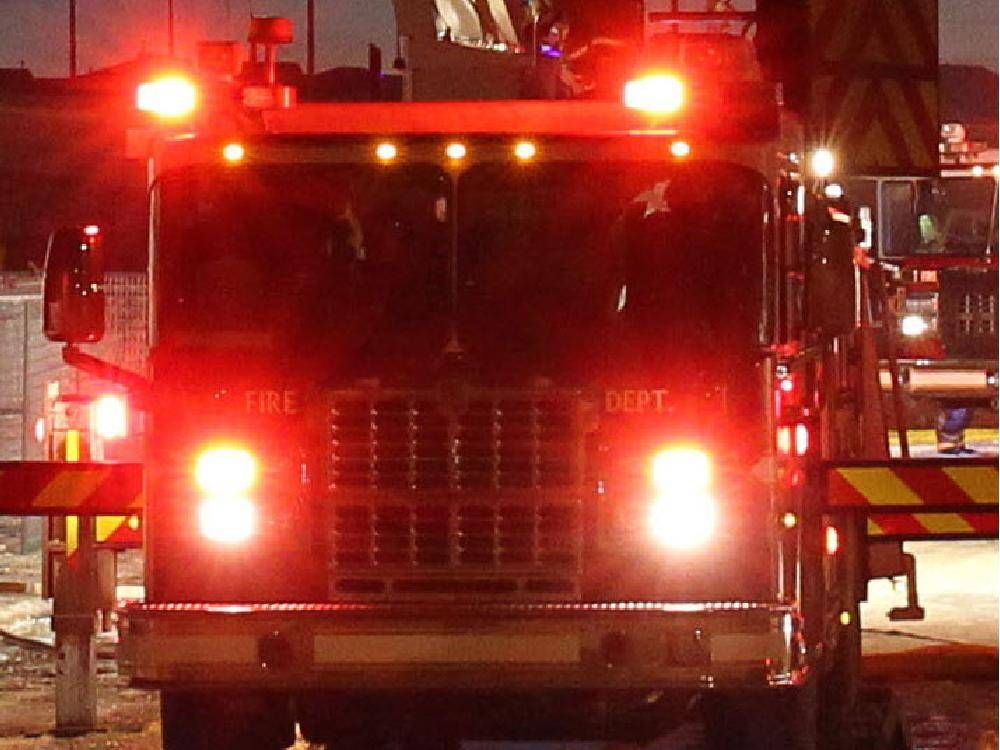 A tenant died after an e-bike battery exploded, potentially knocking him out of his Downtown Eastside window on Saturday morning, officials say.

Trevor Connelly, assistant chief of operations for Vancouver Fire Services, said a fire started around 7 a.m. on the second floor of the Empress Hotel, located in the 230 block of East Hastings Street.

“The hotel’s sprinkler system went off, which contained the fire in the room, but the explosion caused damage to the building,” Connelly said.

Twenty-five crew members were sent to fight the fire. One of them located the body of the 32-year-old man in the alley next to the hotel.

“It appears the man was sitting on the windowsill of the room and the resulting explosion knocked him down,” Connelly said.

Police confirmed that two other people were injured in the blast.

Hotel owner Christopher Wall said when he arrived at the scene after the incident, building staff told him the tenant may have jumped out of the window.

“However, judging by the shattered glass in the driveway below, it appears he was forced out the window by the explosion.”

Empress tenants aren’t allowed to store e-bikes or their batteries in their rooms, Wall said.

“It’s a shame, the male tenant was instructed not to have his e-bike or his battery in his room. He did not take our advice into account.

While 24-hour on-site security works closely with the city to perform spot checks of Empress rooms, the owner admitted, “it’s hard to know exactly what’s being brought in.”

City engineers confirm that the damage to the 76-room single-occupancy hotel was not structural, Wall said.

“This means we will be able to move tenants back to the third floor almost immediately.”

Overnight shelter arrangements have been made for 13 second floor tenants who were displaced by the fire. Hall plans to use dehumidifiers to fix water damage on the second floor.

“We have repairs booked for Monday morning first thing in the morning. Once the damage to the wall in the room is repaired, tenants on the second floor will be able to move in again.

Hours after the blast, Vancouver resident Sherry Hill was worried about the condition of her brother and uncle, who rent rooms at the hotel.

“My mom, who lives nearby, just went to see them,” Hill told Postmedia on Saturday afternoon. She later confirmed that her uncle was staying in a room next to the one rocked by the blast.

“My brother is safe with my mother now,” she said.

Evidence from the preliminary investigation shows that the e-bike battery, thought to be a probable cause of the fire, was charging when it exploded.

“The fire had nothing to do with the infrastructure of the building, but the battery itself,” the official said, confirming that crews in Vancouver have seen fires started for similar reasons. “We continue to investigate.”

As e-bikes have become increasingly popular in North America, concerns have arisen about the fire hazard associated with the lithium batteries used to charge them. In April, North Vancouver crews were called in to put out a house fire sparked by the malfunction.

The city’s fire department issued a warning on social media: “If using a lithium battery, always use the manufacturer’s cord and power adapter specifically designed for the device. If a battery overheats, stop using it immediately.

More news, less ads: Our in-depth journalism is possible thanks to the support of our subscribers. For just $3.50 a week, you can get unlimited, lightweight access to the Vancouver Sun, The Province, National Post and 13 other Canadian news sites. Support us by subscribing today: The Vancouver Sun | Province.

Sign up to receive daily news from the Vancouver Sun, a division of Postmedia Network Inc.

Thank you for your registration!

A welcome email is on its way. If you don’t see it, please check your spam folder.

The next issue of Vancouver Sun Headline News will soon be in your inbox.

We encountered a problem during your registration. Try Again