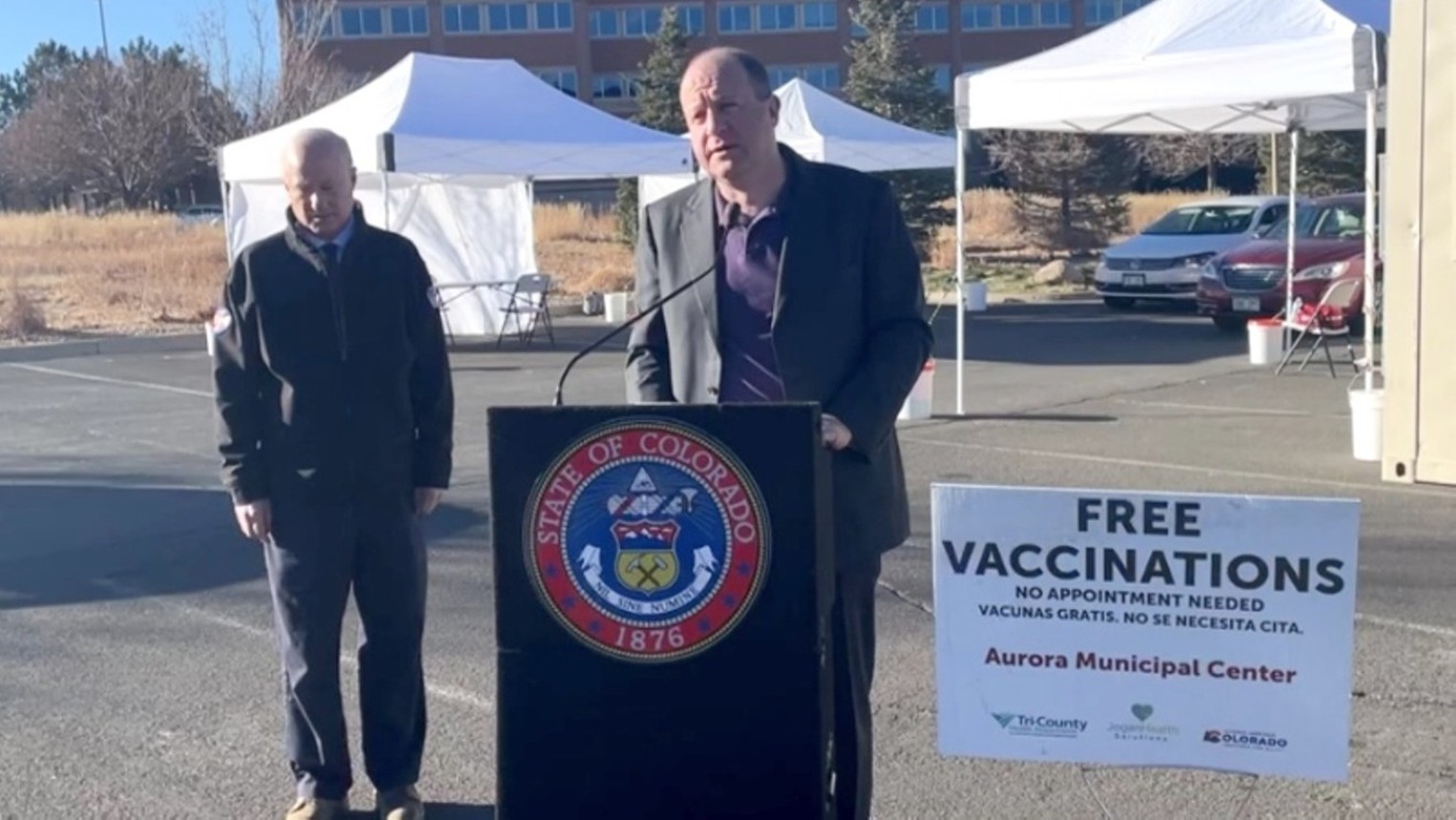 It was supposed to be the year the COVID-19 pandemic would end. Thanks to the deployment of vaccines that would be more than 90% effective, optimism was high in early 2021 in Colorado and beyond. But while the number of cases and hospitalizations initially fell as the number of immune Coloradans increased, the rise of new variants has reversed that progress and plunged the state back into a new phase of the crisis.

Today, at the dawn of 2022, even healthcare experts don’t seem to know what’s going to happen next. But we can see what we’ve been through on this crazy journey: Here are the ten biggest pandemic references over the past year, in chronological order, and with links to our original coverage.

January 4: COVID-19 data for December 2020 has declined from peaks in the previous month, prompting Governor Jared Polis to move counties from red level on the state’s COVID-19 numbering dashboard to level orange. Among other things, the decision once again allowed limited indoor dining at restaurants in places where it had previously been banned. These measures foreshadowed the decision taken in early February to let restaurants in communities like Denver double capacity by 25 to 50 percent.

March 19: The Colorado Department of Public Health and Environment announced impending changes to the state’s dial dashboard, dubbed Dial 3.0, which resulted in further easing of COVID-19 restrictions for many counties in the state. But the increase in the number of cases linked to the disease variants represented storm clouds on the horizon.

May 14: Promising data related to vaccine effectiveness inspired the federal Centers for Disease Control and Prevention to determine that people who had been immunized could begin walking into public indoor spaces without masks. Governor Polis wasted no time co-signing the advisory, despite indications of continued spread, including a new record of outbreaks in K-12 schools in a single week.

June 22: A viral mutation known as the Delta variant began circulating in places such as Mesa County, on the western slope of Colorado; As of the second half of June, Colorado had the nation’s second highest number of cases of the most transmissible and dangerous strain. The Delta variant would quickly replace the original virus and dominate new infections statewide.

July 20: As the Delta variant rages on, state officials have advised schools to require indoor masking for unvaccinated people over two years of age for the 2021-2022 school year. But the final decision was left to local authorities, and in Mesa County, which at the time had by far the most confirmed Delta variant cases in the state, the local school district determined that the face coverings would not be required for anyone, vaccinated or not. Days later, the CDC reversed the course and renewed its recommendation that vaccinated and unvaccinated people should resume wearing masks in public places. But Polis did not revive the state-wide mask mandate, allowing individuals to decide whether or not to cover their faces.

August 17: The combination of the Delta variant and late vaccinations – promotions such as $ 1 million raffles and $ 100 Walmart gift cards have seen only modest success – sparked a comeback significant of COVID-19. In mid-August, hospitalizations for the disease were at their highest level since January.

September 22: A significant number of parents in districts across the state objected to their children being required to wear masks in classrooms, and their antipathy for such safety measures quickly came to the fore courts. For example, the Jefferson County Public Health lawsuit against three Christian schools that had repeatedly defied orders related to the use of indoor masks ultimately resulted in agreements with two of the institutions and a temporary injunction against the third. .

October 12: CDPHE statistics confirmed that hospital admissions had reached record highs since the previous year. The 178 new patients admitted to Colorado with COVID-19 on Oct. 12 was the highest number since 187 on Dec. 26, 2020. And the 1,045 people hospitalized for the disease was the highest number since 1,086 on Dec. 31. Both measures would worsen over the following weeks, and the availability of intensive care beds would decline to well below 100 statewide.

November 23: Mayor Michael Hancock and public health officials representing several counties in the metro area (with the glaring exception of Douglas County) announced what was understaffed as a mask and vax warrant for fight COVID-19. The rule, designed to come into effect the next day in Denver, Jefferson, Adams and Arapahoe counties, provided for face coverings to be worn in indoor public places, unless the business or location in question took Arrangements with his county to verify the client’s immunization status before authorizing entry. Jefferson County Director of Public Health Dr Dawn Comstock said the actions were justified in the absence of a statewide order. “When there are no state orders to protect the people of Colorado,” she said, “it becomes crucial for us to work together to have orders that are consistent and consistent as far as as much as possible to create a safer area “.

December 14: Updated figures from CDPHE revealed that 10,018 people in Colorado had lost their lives to COVID-19. Meanwhile, state health officials were trying to combat the new variant of Omicron, which had been identified in Colorado on December 2. Polis and Dr Rachel Herlihy, Colorado’s chief epidemiologist, called the continued spread of the virus a “pandemic of the unvaccinated,” since people who refused to be vaccinated typically made up over 80% of those hospitalized. But the increase in breakthrough cases for people who had been vaccinated made it clear that we are all in the same boat, for better or for worse.

Travis County rethinks its approach to rent assistance and eviction

Taxation of the digital economy