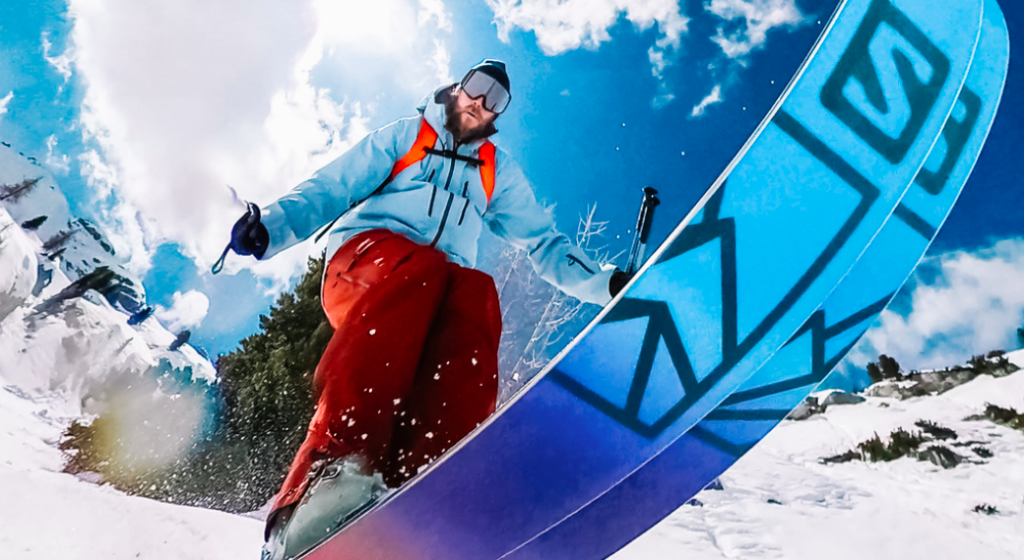 “The outlook change to positive reflects Amer Sports’ continued strong operational performance, which will lead to a faster than expected deleveraging profile, with Moody’s adjusted gross leverage ratio reduced to below 6.5x over the past 12 next 18 months,” says Pilar Anduiza. , Moody’s chief analyst for Amer Sports.

Moody’s said, “Amer Sports’ operating performance in 2021 exceeded Moody’s expectations at the start of the year. Consumer demand for sportswear, footwear and individual ball sports equipment has been stronger than expected across all segments, driving revenue growth of 29% since the start of September 2021. The market Chinese, which is mainly consumer-oriented (D2C), continued to outperform other segments to reach an estimated revenue of 300 million euros in 2021, compared to 190 million euros in 2019.

“Moody’s expects the company’s sales growth to remain strong in 2022. Growth will come primarily from the expansion of the distribution network in China, the investment in the Salomon brand and the rapid development of the Arc’teryx brand. However, the rating agency notes that the company’s expansion plan involves execution risks and requires significant marketing, capital expenditure and use of working capital, which will result in negative FCF generation. until at least 2023. In addition, global supply chain challenges and uncertainty regarding the evolution of the coronavirus pandemic remain key risks to the company’s growth outlook for next year.

“Based on Moody’s forecast, Amer Sports’ gross debt in 2022 will trend towards 6.5x. However, profitability in 2022 will likely remain impacted by the current inflationary environment. Moody’s adjusted EBIT margin will remain modest in due to higher raw material prices and higher logistics costs partially offset by channel mix, price increases and cost reduction initiatives.

“Amer Sports’ B3 CFR continues to be supported by (1) its large-scale and market-leading positions, underpinned by a large and diverse portfolio of globally recognized brands; (2) its broad diversification across sports segments and geographies; (3) favorable long-term demand momentum in the sporting goods market, with further growth potential from the Company’s expansion into the D2C channel of the Chinese outdoor apparel market; and (4) the strategic directions and potential financial support of its shareholders ANTA Sports Products Limited (ANTA Sports), FountainVest Partners Co Ltd, Mr. Chip Wilson and Tencent Holdings Limited.

“The B3 rating is limited by (1) exposure to discretionary consumer spending, which creates earnings volatility; (2) the significant investment and marketing expenditure required to implement its expansion strategy, which will put pressure on margins; (3) the relatively low EBIT/interest coverage ratio of around 1x; and (4) the expectation that the business will generate negative free cash flow over the next two years to support retail expansion.

Moody’s said: “With a fully undrawn RCF of €315 million and €318 million of cash on the balance sheet as of September 2021, Amer Sports’ liquidity is adequate. According to the rating agency’s forecasts, these sources of liquidity will be sufficient to cover the company’s cash requirements over the next 12 to 18 months, which include planned investments of around 150 to 190 million euros. per year (i.e. of which approximately 60 million euros related to the lease adjustment), mainly to support the ambitious retail expansion plan in China.

“Amer Sports faces significant seasonality in EBITDA and working capital, with the largest cash outflows in the second and third quarters, respectively. The sustained capital investment plan, along with dividend payments to ensure the interest service on the shareholder loan of 3.3 billion euros and the increase in working capital requirements, will lead to the generation of negative free cash flow in the range of 100 to 150 million euros in 2022. FCF will improve from 2023 to reach levels of around 50-70 million euros per year

“The Company’s RCF contains a senior guaranteed net leverage financial covenant not to exceed 8.0x, tested when (1) the facility is drawn for more than 40% of its committed amount, and (2) the balance of the company’s cash is below a certain level. Given the company’s reduced net debt and large cash balance, the rating agency expects Amer Sports to maintain sufficient capacity under this clause.

Moody’s said: “The B3 ratings assigned to the €1,700 million senior secured secured TLB due 2026 and the €315 million senior secured secured RCF due 2025 are in line with the CFR, reflecting that these two instruments rank pari passu and represent almost all of the company’s financial debt. TLB and RCF are secured by pledges over Amer Sports’ main brands, as well as shares, bank accounts and intra-group receivables, and are guaranteed by the group’s operating subsidiaries representing at least 80% of EBITDA consolidated. The B3-PD probability of default rating assigned to Amer Sports reflects the assumption of a 50% family recovery rate, given the limited set of financial clauses including only a spring clause on the RCF.

How to Acquire Fleet Vehicles in Latin America