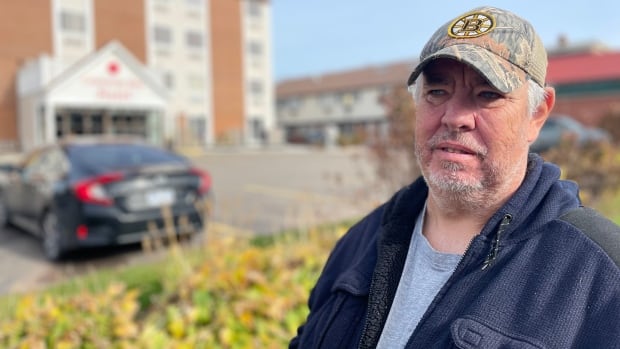 Some people have successfully fought an eviction notice issued at the Causeway Bay Hotel in Summerside, PEI.

The notice was issued in October after building owners claimed that tenants or their visitors had damaged some units.

But tenant Robert Wall said that after filing an appeal with the island’s Regulatory and Appeals Commission, he received a phone call from the commission saying he was allowed to stay.

“For now we are safe, but it still makes me sad because some of my friends here have been deported again,” he said. “It is not fair.”

Wall has been pleading for about three months for himself and the other tenants of the building,

He said he was not told why he won his eviction hearing and others lost.

“I could be homeless,” she said.

She and others in the building received a phone call from the IRAC last week telling them their eviction would be upheld. She has been told she will have to leave by November 13.

MacLean doesn’t understand why his expulsion was upheld when others like Wall had theirs overturned.

“There are holes and stuff in my room and bubbles that I didn’t even make. It was like that when I moved in,” she said.

MacLean has another call with the IRAC to appeal the decision next week, she said.

Even Wall, whose eviction was overturned, isn’t convinced he’ll be allowed to live there long term.

“I guess we’ll get an eviction notice again in the middle of the month and we’ll keep fighting,” Wall said.

Wall and MacLean said they would do whatever they could to stay in the apartments they called home. However, MacLean considered other housing options in the Summerside area as a backup plan in case she lost her appeal.

The owners of the building did not speak to Wall during the eviction process.

He said the tenants would be in a better position if the hotel was purchased by the province.

At the Prince Edward Island Legislative Assembly earlier this week, Social Development and Housing Minister Matthew MacKay said the government had entered into negotiations to purchase the hotel.

However, in a phone call with CBC News, Vishal Patel, president of the Causeway Bay Hotel, said no official offer was ever received.

“The only thing we got from their office was some sort of intent to buy, intent meaning there were no numbers,” he said.

The owners responded with a dollar amount, Patel said. He did not reveal the amount. Patel waited three weeks to hear from the province, he said.

“Nobody returned the call,” Patel said.

Patel and a group of investors bought the hotel Aug. 15 with a plan to renovate the hotel and move away from long-term housing, he said.

For this reason, he said he would continue to fight to have long-time tenants evicted.

“Certainly we will go there because again we want to create a hotel here and it will not be an apartment building,” he said, adding that he had not had the opportunity to speak with his lawyer about issuing another round of evictions. Remarks.

The IRAC does not comment on the initial hearings, which are private, but if an appeal is filed on either side, it will appear on the public hearings schedule. However, if a new eviction notice is issued, the whole process will restart, the commission confirmed in an email.