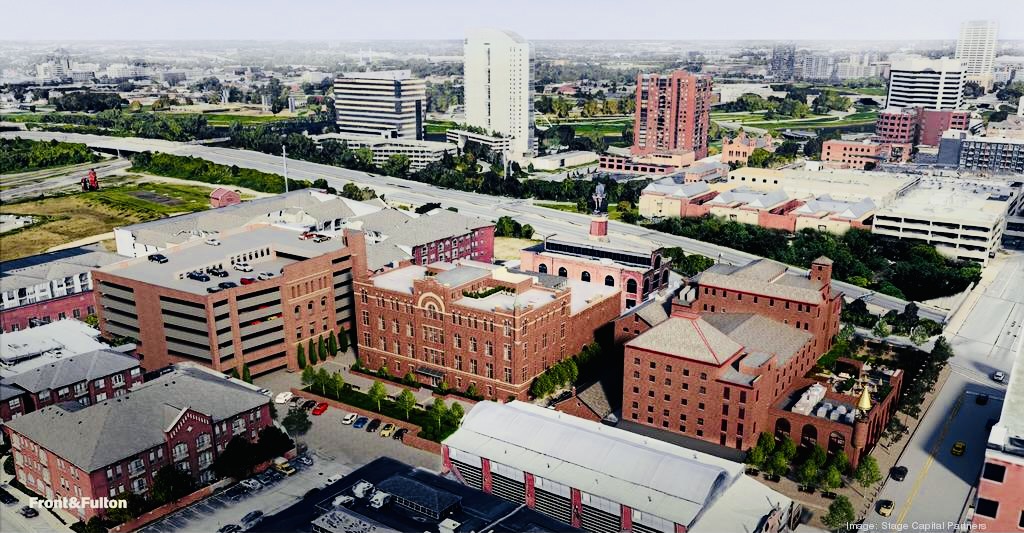 COLUMBUS, Ohio (COLUMBUS BUSINESS FIRST) – The historic Front and Fulton building in the Brewery District is getting ready for tenants.

The redevelopment of the 181-year-old property, now called Front and Fulton, will include a mix of restaurants, bars, event and office spaces, 40 apartments and a new parking structure.

The $ 70 million development is now on pre-lease, with plans to open fully in the summer of 2023. Colliers International is leasing the project.

The plans originally called for a hotel, but the Covid-19 pandemic has forced developers, Stage Capital Partners and McCabe Companies, to rethink the project, said Erwin Effler III, president of Stage Capital Partners. Now the focus is on mixed use, with 150,000 square feet of office space.

With the restoration now complete, the project is ready for the next phase of construction, which will include work on the “base building” and other leasehold improvements, said Effler. Much of the first phase of the work consisted of repairing or replacing the roof and windows and restoring the bricks of the building.

“This is a massive project and an important site,” said Effler. Columbus Business First.

The developers got a historic $ 5 million tax credit to help the project in 2019.

The Front and Fulton building was once home to the L. Hoster Brewing Company and for decades was the headquarters of Wasserstrom Co. This company moved to Whitehall a few years ago. McCabe bought the land last year for $ 6.44 million, according to Business first report.

This project fills the last major gap in the South Front Street redevelopment that began years ago, said Effler. The project will offer new dining experiences with a tasting room, rooftop bar, café and garden patio, all surrounded by historic architecture, said Effler.

“We’re ready to go and excited about what this will bring to the entire brewing district,” he said. “We think it will be the first place. We want a lot of fun and a lot of energy. We strive to attract the right mix of tenants.

The planned reconstruction of the adjacent Front Street-I-70/71 ramp and bridge will also provide Front and Fulton with exceptional visibility and access, he said.

“This historic address is being reclaimed and transformed into a unique location in our city,” McCabe, director of McCabe Companies, said in a statement. “It will become the meeting place in downtown Columbus; a privileged place to meet, work and live.